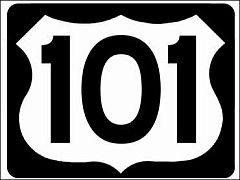 THE PACK ON YOUR BACK is both reassuring and cumbersome for what seems the third hour of shadeless noon as you think at a passing car, “This one will definitely stop.”

(Actually, if it were really three hours you’d have slumped your pack against your knee, or at your feet, or otherwise at ease, but within grabbing distance since it literally contains everything you own — and the territory is much, much, MUCH bigger than than the map. Besides, that way it’s easier to hold a sign reading, say, “Reno” or “I Know A Joke.”)

It’s been more than two dozen years since I set forth on my first hitchhiking trip (of four), yet not a summer goes by when I don’t glimpse my closet-stuffed backpack and sigh, just a little. The feeling is that intoxicating: naked, vulnerable, free, grateful, wary, hungry, aware, awake, alive. My meals included whatever was available, including Burger King hamburgers at every Greyhound station between Reno and New York. My bed was laid in a quarry, by a riverside, near a town, next to a mini-golf park. My room was the Universe, my vehicle the very skin and boots I walked in. 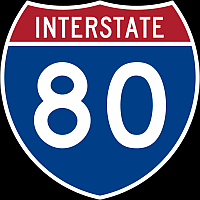 Most of my rides were from men: the first a banged-up Cadillac full of Latino farmworkers driven by two skeevy-looking intense-eyed white guys. I decided not to put my gear in the trunk (where I couldn’t reach it). One fellow who’d been “molested by nuns” and was driving north from Los Angeles trying to figure out his life before he ran out of gas and had to go back home. One was a dead ringer for a close friend of mine, which was actually very awkward since he (uncharacteristically, I thought) didn’t say much. Another passed on a small wisdom: “When you’re on the road and somebody offers you something, take it.”

But a couple of my temporary chauffeurs were women. One was incredibly relaxed, and spoke of goats and boating on Lake Tahoe. Another was convinced Frank should have blown the head off that a–h— he robbed and who later testified against him, the m———-r, and would I like to stop off a bit at her house? I wouldn’t, but thank you.

Now, just because I rode part of that Journey East in the back of a Greyhound bus, didn’t mean the adventure stopped. I did (kindly) refuse the offer of a Salt Lake City punk to buy his pet mouse, but (also kindly) decanted cheap Scotch and vodka at $1 a shot for my fellow passengers east of Cheyenne. I goggled at the vast emptiness swallowing the towns of Nevada. I also distributed SubGenius stickers in Times Square at 2 a.m., but that’s another story.

(And I really did hold up a sign reading “I Know A Joke,” inspired by Zippy the Pinhead in his classic 1978 comic-book tale “Punks and Monks.” It worked. Yow!) 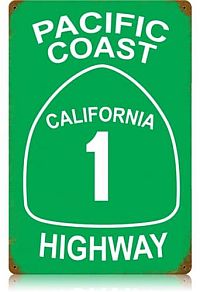 Since the territory really was bigger than the map, my initial trip — a Kerouac-inspired coast-to-coast excursion — was downsized somewhat to a jaunt around Northern California and over to Reno and Salt Lake City, where my uncle lent me busfare to New York (to see my grandma in Brooklyn) and Plymouth, New Hampshire (to see my dad). I wound up living in Plymouth for a year, before returning to California partially by first hitchhiking from Plymouth to Burlington, Vermont. My subsequently thumbed trips took me up and down Highway 101 between Pacifica, the East Bay and and the Hydesville-Bridgeville area. This was between 1985-88; I don’t know what conditions are like now “on the road.”

But I imagine the feeling is the same: the entire world is your home, and you are grateful for every crumb and clue that keeps you on the road: every small miracle (like losing, and later regaining, my wallet in the basement men’s room of Chicago’s Sears Tower; or having a kitten literally walk into my hand from the bush where it was hiding and mewing), every self-sung song, every wild panorama, every speedy piece of transportation that eats up the miles, every long wait for something that forces you to enjoy where you are.

You don’t need to hitchhike to find that. But it helps.